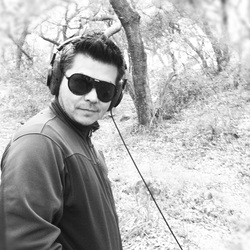 Born and raised in Los Angeles, California, the entertainment capital of the world, I was certain I wanted to start a career in entertainment.  I started my career as an intern at a local radio station in Los Angeles.  Soon after, the radio station offered me a 2 year apprenticeship program. The program entailed extensive training in all aspect of sound and music engineering.  After I had successfully completed the program, I was promoted to morning show producer/engineer for one of Los Angeles number one adult contemporary radio stations...KBIG-104; all while attending California State University in Northridge where I received a B.A. in Cinema & Television Arts.  I spent 9 fulfilling years in radio where I learned and perfected my technical skills in radio production.  I soon decided to take those skills and hone them into the crazy world of television and film production.  My first experience in film production began in 1999 when I worked on a USC student film.   It was then that I acquired a true passion and desire for film production and so my goal had shifted from radio production to becoming a television/film sound mixer.   After 13 years, I have become a seasoned sound mixer for reality/studio television shows, independent features, commercials, and documentaries - domestically and internationally.  I'm a team player, easy going, and work great with others...no ego here!  Not to mention, I go above and beyond to make the production as smooth as possible.   Also, my passion for sound production and the desire for learning new sound techniques continue as the industry is constantly changing.  I hope to join your production team as I am confident that I can satisfy your every production need .  Contact me should you have any questions or comments and thank you for visiting my website - TOROSOUND
Production Sound for Television, Films, Commercials, and Documentaries.